Singing is one of the most appreciated talents in the world. But with such skills come weird quirks, which in hindsight are not quirks as much as the demand of a job well done. Take, for instance, singers putting their mics away during songs. On the surface, it just seems like the artist is trying to keep their hands busy or has a habit of doing such things. But there’s a valid reason behind this action. In this article, we are going to address this topic; why do singers pull the mic away?

Why Do Singers Pull The Mic Away?

Yes, why would they do that? Shouldn’t you keep the mic stationary, as you are going to sing a song so that your hands would be free to do anything? Well, first of all, there are headphones that can do the same thing. Second, the reason behind singers putting the mic away rests behind the types of notes that they sing. To be specific, the logic is in the microphone distortion and high notes.

The frequencies that a mic close to a vocalist’s mouth picks up are very different from what someone sitting a few meters away will hear due to the inverse square relationship between distance and volume and high bass levels due to the ‘proximity effect.’

Mics are supposed to carry the singer’s voice to large distances because only some people are going to sit in the front. Thus, singers sing the vocals by placing the mics quite close to their mouths. But this does have its own disadvantages. By essentially “eating the mic,” singers produce quite high sounds. However, this causes the produced voice to be better in quality. Why? Because the mic needs an awful amount of compression to keep the signal distortion and clipping in the system, as well as keep a dynamic range in check.

But again, even if singers are not singing loudly all the time, there are still some places where doing so is required. Thus, putting the mic away from the microphone helps to combat the effect of microphone feedback. To summarize, singers put away their mics whenever they hit high notes to combat the microphone feedback effect. But it should be kept in mind that this is a technique for singing that should be used at the most reasonable time. Too soon or too late, you would waste all the hard work you have done by that point.

Singing is a skill on its own, but singing into a microphone is a separate art of its own. To maximize the effect of your music, you need to incorporate the proper microphone technics, which will help to deliver the best of your songs.

Here are some of the microphone techniques singers often use while signing.

What Does Eating The Microphone Mean?

This is a term we have mentioned multiple times before. Eating a microphone does not mean literally putting the mic into your mouth. Instead, it refers to the technique vocalists use to get a loud sound in return. This is done by putting the mouth extremely close to the mouth. There are a lot of singers who still use such techniques on the live stage.

Q: Is there a proper way to hold the mic?

Ans: Well, there is no formal position to hold the mic. A lot of people go by without any proper training or techniques and they do just fine. However, this category never includes singers and vocalists. For singers, there are always different rules when handling equipment because acoustics matter a lot in music. Thus, there are a lot of techniques and ways the singers employ to get the best feedback from their mics. 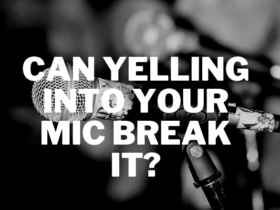 Can Yelling into Your Mic Break It? 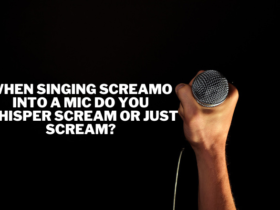 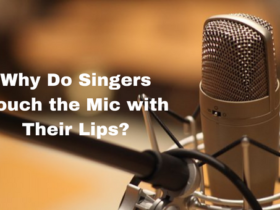 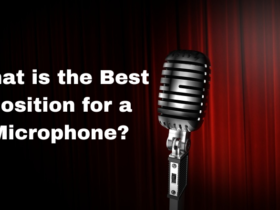