Nowadays, there are so many types of microphones available. Various audio companies manufacture microphones for recording music, podcasting, and gaming. What are the different types of microphones? Not to mention the built-in microphones on headphones, webcams, and speakers. A thorough understanding of the characteristics and behaviors of the various microphones will help you pick the right mic for the job.

Microphones with cardioid polar patterns are unidirectional. There is a significant difference between the sound picked up by the front and the back and sides of the capsule. Cardioid is derived from the heart-like shape of its polar pattern.

What are the different types of microphones?

One of the first working microphones was the liquid microphone, invented by Alexander Graham Bell and Thomas Watson, which was a precursor to the condenser microphone. The first liquid microphone was a metal cup filled with water and sulfuric acid. A diaphragm was placed over the cup with a needle on the receiving side of the diaphragm. In the water, sound waves would cause the needle to move. Sound vibrations modulated a small electrical current flowing to the needle. Liquid microphones were never convenient, but they make intriguing demonstrations.

Carbon dust is the oldest and most straightforward type of microphone. The first telephones used this technology, which is still used in some telephones today. There is a thin diaphragm on one side of the carbon dust. As sound waves strike the diaphragm, they compress the carbon dust, which changes its resistance. Running a current through carbon changes the amount of current flowing because the resistance changes. Mining and chemical manufacturing still use them because higher line voltages could cause explosions.

In recent years, fiber-optic systems have revolutionized telecommunications, including microphone technology, using super-thin glass strands to transmit information instead of metal wires. What’s the big deal? It is possible to use fiber optic microphones in electrically sensitive environments, unlike conventional microphones, which are usually large and transmit electrical signals. In addition to producing them without metal, they can also be used in magnetic resonance imaging (MRI) and other applications where radio frequency interference is an issue.

Electromagnet effects are used in dynamic microphones. Magnets induce a current in wires (or wire coils) when they move past them. The diaphragm of a dynamic microphone moves either a magnet or a coil when sound waves hit it, creating a small current. Placed close to a vocalist or instrument, this type of microphone usually does not pick up sound from more than a foot away.

Microphones with electronic transducers are among the most widely used daily. Cell phones, computers, and hands-free headsets utilize electret mics because they are inexpensive and relatively simple. In an electret microphone, the external charge is replaced with electret material, which has a permanent state of electric polarization. They can also be used for documentary and news productions as tiny “lapel” mics that interview subjects can discreetly wear.

The laser microphone captures vibrations off a plane, such as a windowpane. It transmits the signal to a photodetector, which converts the reflected laser beam into audio signals. Using a photocell, sound can be translated into sound when it hits the windowpane and bends the laser beam. Scientists have developed a revolutionary type of laser microphone that works by streaming smoke across a laser beam aimed at a photocell that’s then converted into audio. Lasers of this type are not suitable for general sound recording, like music, but are ideal for espionage since they can secretly track sound over long distances.

How to choose the right microphone

When choosing from the many microphones, the most pertinent question is, “What do I need it for?”

What are the different types of microphones? The ideal podcast microphone for recording your voice is a large-diaphragm condenser because it excels at vocal reproduction. The cardioid pattern is all you’ll need, with no other polar patterns. If you don’t own an audio interface, you might consider using a USB condenser mic like the Blue Yeti for podcast recording. USB microphones have the advantage that they can be plugged straight into a compatible port on your computer without requiring any additional hardware. 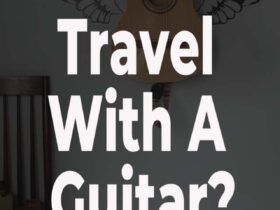 How To Travel With A Guitar? A Complete Guide In 2022 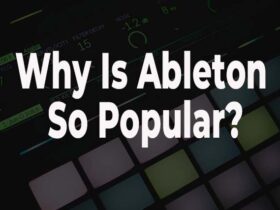 Why Is Ableton So Popular? Complete Answer In 2022 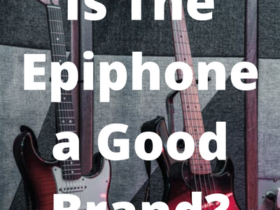 Is The Epiphone a Good Brand? 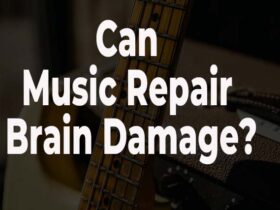