Speaker configuration is an important part of a sound setup in any place. Depending on how you arrange it, the entire setup can make or break your system. More than that, it can also affect performance. Thus, it is absolutely necessary to figure out what is best for you. Thus, consider this article as a guide to the question: is it better to connect speakers in parallel or series?

If you remember high school science, you might remember what series and parallel connections are.

To remind you what series and parallel connections entail; every device in a parallel connection gets an equal amount of electric current. No matter how many nodes and connections you add, the voltage still would flow equally through all parts. Even if it has multiple paths, the result would remain the same.

But in a series connection, the voltage only has one single path to flow across. That means the current will pass through the first bulb, then go to the second bulb, then the third bulb, and will finally complete the circuit. Both combinations have their own pros and cons.

Is It Better To Connect Speakers In Parallel Or Series?

For one thing, any device connected in a series combination would get the current that is flowing from the start. What does that mean? Basically, power went to the first speaker, then it passed through the second speaker, and finally it reached the 3rd. So the 1st speaker got the most power, 2nd less than that, and 3rd least of it. On the other hand, speakers connected in parallel would all get equal amounts of power, no matter their number in the configuration.

The second point to be remembered is the effect of impedance load. In a series circuit, the overall impedance load (Ohm) of speakers increases. This affects the power output because impedance decreases the amount of electric current that can pass through the speaker. So overall power output of speaker would be lowered.

There are many more factors affecting the choice between both. But we can summarize the entire thing in simple one simple sentence: connecting the speakers in series configuration will decrease the volume of each speaker, total power, and power of each speaker. So ultimately, is better to connect speakers in parallel.

Should All Speakers Be Connected In Parallel?

Most of the speakers should be connected in parallel, but not all types are suitable. There are 3 types of speakers that are more suitable to the series configuration;

The reason why these speakers are suitable for series connections is that they lack the crossover components that can affect the sound.

Series Vs. Parallel: A Comparison:

Q: Are speakers louder in series or parallel?

Ans: As we have already discussed, speakers are louder when they are connected in parallel. The reason behind this is that in parallel combination, the overall impedance decreases, and each speaker gets an equal amount of power and wattage. Thus, the power output of every speaker is more or less the same.

Q: Which is safer series or parallel?

Ans: The funny thing is, they are equally safe. Both are similar in safety ratings. However, there is a point that a failure point in a series connection would shut down the entire thing, whereas in parallel, it will affect only the device it is directly related to.

Q: Are 2 speakers twice as loud?

Ans: Well addition of each speaker would mean an increase in the intensity of the sound. So if you add a speaker to your home theater system, the overall sound would definitely increase, loudness increasing by 3 decibels. The more speakers you have, the more displaced air you will have, which will increase the volume. 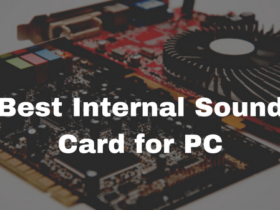 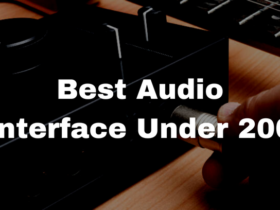