The double bass has a long development history, starting with the heavy, three-stringed double bass and ending with the five-stringed double bass of today. How many strings does a double bass have? It stands out proudly among the string instruments, making it easy to see that it is a crucial part of the orchestra’s string section. You may be familiar with the Pink Panther tune by Henry Mancini if you’ve seen the comedy-mystery movies of the same name. You’ll hear that the tune is created by a double bass quintet, which makes it quite enjoyable to listen to. Of course, the song is a fantastic illustration of double bass sounds.

Knowledge of the Double Bass

The Double Bass Strings Are Tuned In What Way?

Northern Italy is where the double bass first appeared 500 years ago. At the start of the 16th century, the first images of instruments that matched in appearance and size appeared, showing a single enormous bass instrument in an ensemble with other bowed instruments. The string bass was first illustrated in art in 1516. The first documented description of the double bass, however, mentioned viols that were as tall as a person. Different tuning methods were used for these ancient instruments. Some combined third and fourth tuning, while others were tuned in fourths.

The double bass’s initial iterations featured a variety of string counts. Up to six strings may have been present on some early instruments. Before the double bass’ traditional four strings emerged, some first had three. In the past, frets for each semitone were marked by wrapping horizontal gut strings around the fingerboard at various intervals. This technique is known as gut-type fretting. There have been unsuccessful attempts to model the double bass after the cello since the seventeenth century.

How Are Double Bass Strings Tuned?

The double bass strings are tuned in fourths, as opposed to other string instruments generally tuned in fifths. In order from low to high, the strings are tuned E-A-D-G, which is an octave lower than the guitar’s four lowest-pitched strings. There are notes in the classical repertoire below the double bass’ typical range, as seen by a quick glance. For instance, notes below the low E are standard in baroque music. However, some composers asked for notes lower than low E throughout the Romantic Era. Modern European orchestras, therefore, employ a double bass with a fifth string to accommodate those sounds.

How many strings does a double bass have?  In the early years of jazz, the bass portions were typically played by the sousaphone or tuba. But throughout the classic jazz era, the double bass gradually made its way into the jazz scene to emphasize the beat, primarily by using the slap bass approach. Later, the double bass added a counter melody of its own. Playing at a brisk tempo has swiftly become a need for contemporary jazz.

No Bass in Headphones Windows 10

How to Change Bass and Treble on Windows 11?

Why Can’t I Play Slap On My Bass? 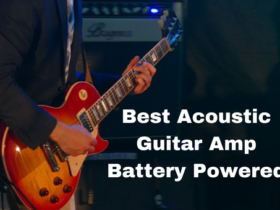 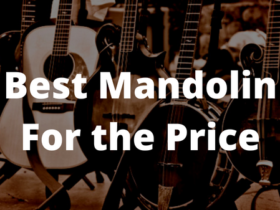